Find the EGU on

A voyage through scales – The theme of the EGU2015

Zoom into a cloud. Zoom out of a rock. Watch the volcano explode, the lightning strike, an aurora undulate. Imagine ice sheets expanding, retreating - pulsating - while continents continue their leisurely collisions. Everywhere there are structures within structures ... within structures.

A voyage through scales has been an invitation to contemplate the earth’s extraordinary variability extending from milliseconds to its age, from microns to the size of the planet. The range of scales in space, in time - in space-time - is truly mindboggling. Their complexity challenges our ability to measure, to model to comprehend.

The 2015 EGU General Assembly took its attendees on this odyssey.

The theme exhibition interpreted 'A voyage through scales' at four different spots:

As in 2014, a high-quality photo book has been compiled and presented at the Assembly. Through the lens of our journals, scientists wrote about scaling in their disciplines and visualized their work through beautiful photos. The book has been published by EGU and Edition Lammerhuber and was handed-out to the participants upon registration. Please download the PDF file of the photo book 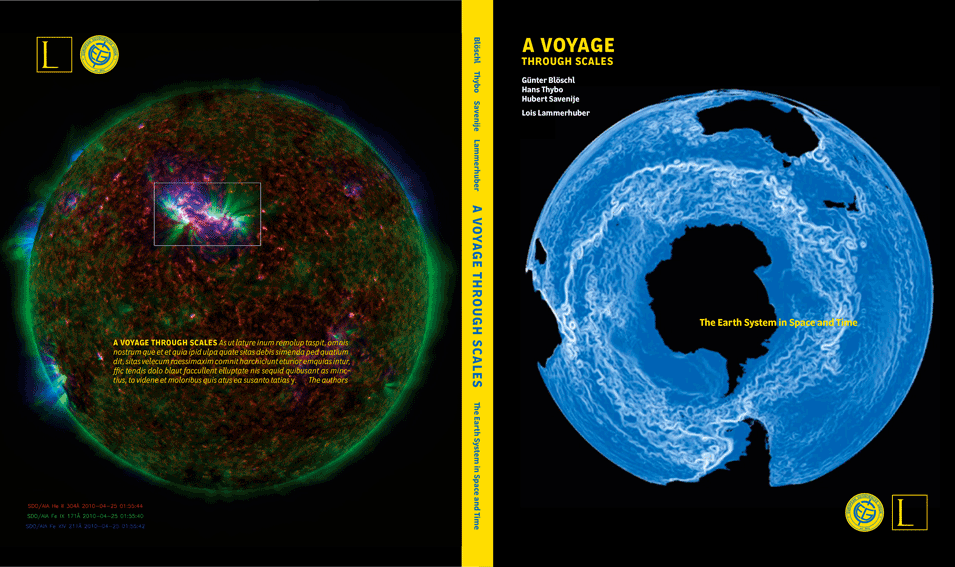